Read for FREE with a Kindle Unlimited Membership!

I was never supposed to meet him, but one fateful night had him saving my life.

Now he thinks he owns me. I’m his to keep.

He’s ruthless, cold, and a killer, but something draws me to him anyway.

I know what he’s capable of. I know he was meant to kill me. And I know one wrong slip may make him change his mind about sparing my life.

But I want to test him, push him, be a part of his world.

A hitman.
A princess.
A forbidden romance.

All her life, Giuseppina Delarosa knew two things: what her father and brother did after dark was a secret, and her life was never her own. As the sole daughter of Don Delarosa’s clan, it was well known a marriage would secure the future of the family. But when she learns she’s to be wed to an infamous ally, Giuseppina has other plans.

Darragh O’Callaghan is good at exactly two things: not caring about anyone, and killing his enemies. The only Irish mafia in the city needs good enforcers to keep their borders, and Darragh does his job well. So he can’t understand why he screws it all up when a hit is placed on the Delarosa gang’s prime jewel: Giuseppina Delarosa.

One rainy night.
One decision not to kill.
One moment that changes everything.

Hit is a slow burn, enemies-to-lovers, dark mafia romance. It is book one in the Mafia Born Duet. 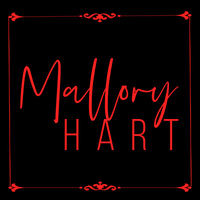 Mallory Hart is the writer of steamy stories to make you swoon. When not writing, she can be found with a glass of red wine, blasting music and dancing in her underwear or reading books that make you blush. For updates on new releases, visit her website and subscribe to the newsletter.